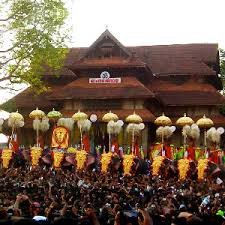 You will be welcomed and assisted by the chauffeur with the car of Taxi in Thrissur from your arrival point. Then you will proceed to Vadakkunnathan Temple. Vadakkunnathan Temple is an ancient Hindu temple dedicated to Shiva at city of Thrissur. And the second place is paramekkavu temple.Paramekkavu Bagavathi Temple is one of the largest Bagavathi temples in Kerala located in Thrissur City.Third place is thiruvambadi temple.Thiruvambadi Sri Krishna Temple is a Hindu temple located in City of Thrissur. The temple is one of the two rival groups participating in Thrissur Pooram, which is the biggest local festival in kerala and go guruvayur your destination place.  Taxi In Thrissur